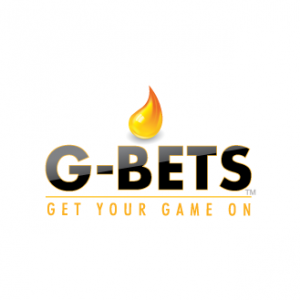 Up to R1,000 as a Free Bet when you make your first depositClaim NowNew registering players only. 18+. Visit Betway T&C’s page for offer details

Get a R25 Sign up BonusClaim NowNew registering players. To be used within 24hours.

The SA Lotto (also called SA Lotto 6/52) draw takes place twice a week. It is on a Wednesday and a Saturday, and always takes place at 21:00 SAST.

Players must select 6 out of 52 numbers that can be entered into a draw. Players need to manually complete a bet slip by marking a minimum of one and a maximum of six numbers with one entry per number or parking the Quick Pick box. The bet slip needs to be submitted to a participating retailer who will then process it through the terminal and issue a receipt, recording each selection from the bet slip. This is the most popular lottery in South Africa, although the SA daily lottery is fast catching up, and SA lotto Plus is still very popular.

Ticket sales can be purchased daily and sales close at 20:30 on the day of a draw.

Although different betting sites have different odds, most will have similar. Below you can see the odds for SA Lotto 6/52:

In order to make our SA lotto predictions, we use a combination of hot and cold balls from hundreds of previous draws. These show us which are the numbers being drawn frequently versus those being drawn infrequently. We also use a lucky numbers dream guide to help predict the popular numbers. All our predictions are updated daily, and are created for each SA Lotto draw. As soon as a draw ends, the prediction is removed and the prediction for the next draw is provided and updated, based on the latest results.

SA Lotto Rules
Plays need to match the numbers selected to the ones that are drawn. The order of matching the numbers does not matter in relation to how they are selected. There are 20,358,520 different combinations that one can play when choosing 6 out of 52 numbers.
Before each draw Ithuba estimates and advertises a jackpot based on expected ticket sales and the total prize pool is calculated at 50% of total sales. In the event that the jackpot of a specific draw is not won, it is rolled over to the next draw and added to the jackpot amount of that specific draw. A jackpot will rollover for as many times as possible until it is won.
A guaranteed Jackpot prize is not affected by sales, unless a higher Jackpot amount is expected because of rollovers. In the event that a rollover coincides with a guaranteed jackpot, the rollover amount is included in the guaranteed jackpot.
In cases where the estimated Jackpot amount exceeds a guaranteed Jackpot amount, the guaranteed amount will fall away to a higher estimated amount.

Each draw is conducted live in the presence of an independent auditor, and in accordance with the procedures and rules approved by the National Lotteries Commission.
Lotto players have up to 365 days from the day of the draw to claim. Prizes up to R2000 can be claimed at any retailers. Prizes between R2000 and R50000 needs to be claimed at the local post office and prizes above R50000 needs to be claimed at an ITHUBA regional office.
After expiry, half of the unclaimed prize money is deposited into the National Lottery Distribution Trust Fund (NLDTF) for distribution to good causes.
Some history:
In 2015, ITHUBA Holdings (RF) Proprietary Limited was appointed as the official National Lottery operator of South Africa by the National Lotteries Commission. Since then, they have offered bigger and better jackpots that have been won by ordinary South Africans. As a result, the National Lottery Distribution Trust Fund contributions to socio-economic development through various good cause charity initiatives, remains impactful.

Past big winners: There have been a number of winners, some taking home large amounts of money. Last year, a woman from a small town in Rustenburg, won R46 million following the December 8 draw.